I have lived in Brussels five years - May 1998 until July 2003. Short time after my arrival I had a QSO with Theo ON4LEP, a member of the Radioclub de Waterloo ON7WR. He invited me to a party at university premises and since that day ON7WR has been my club. Later on, after having purchased the (then brand new) TS-2000, I requested ON licence and I became ON4TRW.

In the pictures below, the OM in the striped T-shirt is Roger ON4TX, then the head of the club. 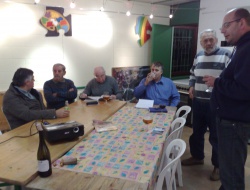 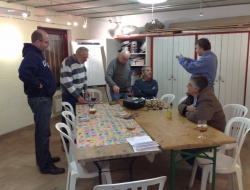